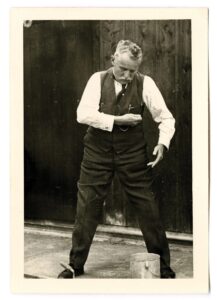 Kaspar Winkler was driven by his entrepreneurial spirit when he laid the cornerstone of our company in 1910. He invented Sika-1, a quick-setting waterproofing admixture for mortar, which was used to waterproof the Gotthard Tunnel. It enabled the Swiss railway company to electrify the important connection between Northern and Southern Europe.

After very difficult first years, the breakthrough came when the Swiss Federal Railways ran successful trials using Sika to waterproof the tunnels of the Gotthard section. This became necessary so that electric trains could be used. The Swiss National Railways waterproofed 67 tunnels with Sika during the following years.

After this success Kaspar Winkler tried the potential abroad. He realized that he needed a manager with international experience and hired a Director for Foreign Operations, who founded subsidiaries in England, Italy and France between 1926 and 1928.

However, the director didn’t just want to be an employee – he wanted to be a partner. Through clever arrangements he made it impossible that he be fired and the parties later litigated for years until the company was again divided by arbitration in 1932.

In 1928 Winkler’s son-in-law, Fritz Schenker, had joined the firm’s executive board and pursued worldwide expansion. By 1935 Sika had a presence in Europe, South America and in Asia.

The severe recession in the 70s strengthened the Sika Spirit. It was coined in these years and stood for how employees felt personal responsibility for their work and the company as a whole as well as the solidarity and optimistic attitude of the employees towards the company. The Sika Spirit still makes up the DNA of the company today.

With the versatile adhesive Sikaflex, Sika opened up a new field of business in the 1980s: the automotive industry. In the process Sika diverged from its traditional construction chemistry path. With Sikaflex and the newly introduced mortars, Sika was on the right track into the future. 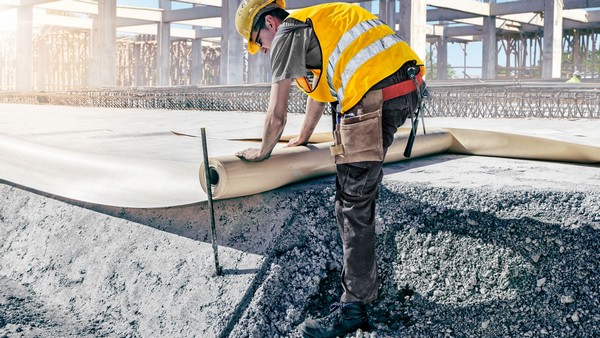 Growth stands at the center of the Sika strategy. Various initiatives contribute to the achievement of the targets. Since 2015 Sika made 20 acquisitions, opened 11 new national subsidies and 37 new plants. The successful Target Market concept has been implemented and megatrends are driving growth.

In this context, innovation is one of the pillars of the Sika growth strategy: 333 new patents were filed and 20 Global Technology Centers are maintained throughout the world. Sika is committed to sustainable development. The Sika sustainability strategy has got off to a successful start, with the company exceeding most of its targets for 2015. The Guidelines of the Global Reporting Initiative have provided the framework for sustainability reporting since 2013.

In May 2017, Sika enters the Swiss Market Index (SMI), the leading index of the Swiss stock exchange, containing the top 20 Blue Chip companies of Switzerland.  This represents a milestone in the history of Sika and a great achievement that was only possible due to the successful Growth Strategy and focused performance management.

In May 2018, Sika, the Burkard family and Saint-Gobain have signed agreements which terminated and resolved their dispute to the common benefit of all parties involved and that of their respective shareholders and stakeholders.

In May 2019, Sika completes the acquisition of Parex, the biggest acquisition of the company’s history. With this acquisition, Sika further strengthens its world leader position in construction chemicals.